PS4 is the most-selling game consoles since the day it has been launched. Since the day it has been launched, players are facing some most common PS4 problems. After a long hectic week, If your PS4 is not working then it’s a buzzkill for you. Many issues have been encountered and resolved too. But still, you may get occasional hiccups anytime. So this article is important if you need to fix your Ps4 problems. Scroll down to know more.

The most common PS4 problems are Sudden turning off of PS4, disc errors, Wifi problems, Eject problems, Audio &Video problems, Controller problems, Freezing, Black Screen Flickers, HDR and Pro 4K problems and some other Miscellaneous problems. We will discuss some of the problems in detail in order to fix them. Let’s Start!

PS4 Not Turning On? Here Are The top 5 Solutions!

When the gaming console starts, the light on your console appears blue for a moment and then turns to white but if it doesn’t happen then there might be some problem. And one of the major problems is sudden turning off of the PS4. But there are solutions to it.

The most common solution to this problem is to Unplug your router, Wait for 30 Seconds and then plug it back again.  Delete the Wifi network and then adds it again. This may solve the problem.

Sometimes while installingPS4 4.5 update, a user may see an error code “NW-31297-2”. They try to reconnect to WiFi by entering their password again, but for many users, this will not fix it. There are a large number of complaints about this on Playstation Forum, and the problem with Ps4 5.0 or higher is not there anymore. You may also face Wi-Fi issues because of their distance with the router. Better to use the ethernet cable.  Ultimately you may need to buy a WiFi Extender with an ethernet port, a power over ethernet adapter or run Ethernet cable to your PS4 to play online reliably until Sony fixes this. This is one of the most common PS4 problems.

Disc Reading problem has occurred before and now it has all been resolved by Sony. But still, if you enter disc and PS4 won’t read it then you can follow the advice. Eject the disk, wait a while and then Insert and check. If still it is not working then completely shuts off the console and then restart again after a few minutes.

This is one of the most common PS4 problems. If there is no disc in the console, but the console is trying to eject it out then this problem requires the following solution.

It seems ridiculous, but let me tell you this actually works! IF still not working, better to head off to the customer care center.

If the system works on a new HDTV you should go to the Settings -> Sound and Screen -> manually set the video output to the TV you want to use. Turn the console off and move it back to the other HDTV and start playing. If there is a small piece of metal preventing the HDMI cable from plugging in all the way, bend it down slightly for a tighter fit or contact Sony to discuss an exchange.

While buying a product you never know how it will work. If it works well then you will be happy thinking you have spent in the correct product. But if it doesn’t work well then it is very disappointing for you. The same is for PS4 players. but Buddies, issues can occur anytime and the best way is to deal with them is to learn how to deal with them rather than sitting in a corner and thinking why I have bought this product.

I hope you will find the article beneficial and these solutions will help to tackle some most common PS4 problems.

Share your feedback in the comments below. Thank you!! 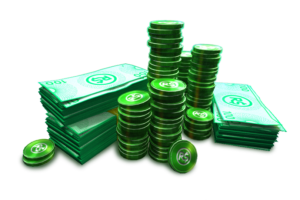 Coupon and codes • Games • Gaming codes • How to

How to Buy Robux for Roblox on a Computer, Phone, or Tablet

PS4 Not Turning On? Here Are The top 5 Solutions!
How to Reduce Roblox Lag, Errors and Issues 2020