PS4 Pro vs Xbox One X: Why you should Buy PS4 Pro Instead of Xbox One X - Latest Technology News - Gaming & PC Tech Magazine- News969

Are you planning to buy a new gaming console but Confused about PS4 pro vs Xbox One X? Today I am going to discuss why you should Buy PS4 Pro Instead of Xbox One X? Both the gaming consoles mark a huge Turn in the gaming experience. Today is the era of 4K gaming console and both of these provide you the features but what are the differences between the two? The major difference is the Brand name, whether Sony appeals to you more or Microsoft products. Go through the post and know the basic differences between the two and decide which suits you better.

Deciding on the gaming console is a very hard decision because both the companies offer their best and render the most desirable features. Before buying a gaming console you must have to go through a series of questions like price, performance, graphics, Hardware, portability, resolution and processor. You have to do a lot of search going through a lot of web pages to know the basic difference between the two but do not worry! You will find all in this one article. Scroll down!

PS4 Pro vs Xbox One X

Both gaming consoles are Great systems and will not go wrong in anyway bu still I am here going to share with you why you should choose PS4 over Xbox One X. When you buy anything the first thing that comes to your mind is money.  Right? You must think about whether the thing you are going to buy will disturb your pocket? If yes! you change the decision. Isn’t it? So, the cost of the gaming console is a very important factor. Other factors also matter but only after cost.

PS4 Pro and Xbox One X are not latest releases and were released back in 2016 and 2017 respectively.

The huge difference in the price may disturb your pocket, so think before taking any decision.

When you can not easily navigate and play, you get frustrated and here comes another difference. Xbox One X User interface is disappointing and irritating. On another hand, if I talk about PS4 pro, the user experience is very good. The user interface is simple and easy-to-navigate. Sony has made many improvements over the years and releasing a better console every time.

Along with, a better gaming experience, PS4 can be used for non-gaming activities too like watching your favorite sows on Online streaming platforms like Netflix. Moreover, if you want to record your game, PS4 provides you to record for an hour but Xbox one X allows the recording of a few minutes only. So if you are looking for PS4 Pro vs Xbox One X in terms of overall user experince then PS4 is the clear winner.

Another important point is better exclusives. The exclusive gaming choices always come in the house of Xbox one X. For example, if you are a hard-core fan of Halo or Gears of War, the Xbox one is the correct platform for you. But if you want a much more distinct exclusive, PS4 raises the upper hand. Uncharted4, BloodBorne, God of War, Spider-man, Persona 5 are some of the best releases of PS4 and comes under its exclusives.

If you have a special interest in Virtual Reality then PS4 Pro is the best for you. Yes, you can get valuable PC headsets, and there are cable-free VR headsets out there now, but if you’re primarily going to play on a console, the PS4 is the only one with its own VR setup.

5) You Don’t need Xbox if you have PC

Microsoft offers “Play Anywhere” program. It means that if you buy a game like Gears 5 for Xbox One, you’ll also get it for free on your PC. All the Microsoft exclusives are on PC now. So why to buy Xbox one X after sending $500?

Hey friends, The article stated the differences between the two consoles, PS4 Pro vs Xbox One X. According to my deep research and knowledge, I think PS4 is far better than Xbox One X. Though Xbox One X has many unique features like better processor, Good backward Compatibility and Home Theatre feature that is missing in PS4. But the basic you need is all bundled up in PS4 Pro. I personally use PS4 and recommend you to buy sony’s gaming console.

I hope you would like the article and will be beneficial in many ways. Share your feedback! 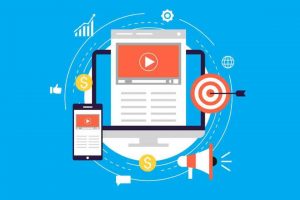